Changing the Narrative for Male Depression

Depression doesn’t know any gender. Nor does it discriminate. It can impact anyone.

Unfortunately, there are still plenty of stereotypes and stigmas surrounding men’s mental health. While it’s socially acceptable for men to feel blue or down from time to time, that’s not the same as being depressed.

The most common symptoms of depression for both men and women include:

If you have any of those symptoms or physical issues like headaches or chest pain, it’s best to seek professional help—even when the current narrative surrounding male depression tries to dissuade you.

What’s wrong with the current storyline for men, and how can it be changed?

For centuries, cultural norms have placed men into a box. In this box, we’ve expected men only to show strength. If any form of weakness surfaces, society frowns. We expect men to be the providers, the rock of a family, and able to handle anything physically or emotionally that comes their way.

Unfortunately, many of these stigmas are still present today. Men who experience symptoms of depression might try to hide them or ignore them because they could be viewed as a sign of weakness.

The Dangers of Suppressing

Because of the stigmas surrounding men, many learn to suppress their feelings or keep them hidden for fear of looking weak. Hiding your feelings, however, typically only makes things worse and can lead to issues like anxiety.

Feeling as though you’re alone in your depression can also make the symptoms worse. It may even lead to thoughts of self-harm or suicide.

Men might turn to unhealthy coping behaviors to deal with their depression. Mainly because they’re trying to mask how much of an impact it has. This area of coping is one where men and women tend to differ.

The coping mechanisms men tend to use to ward off feelings of depression are often more dangerous and could be life-threatening. Things like alcohol or drug abuse, or even uncharacteristically using/handling a gun or knife (unrelated to hunting), could be a sign of something deeper going on.

Male depression often goes undiagnosed for a variety of reasons. Many men try to downplay their symptoms, even if they’re severe. Others don’t want to recognize that they may have depression, and they won’t bring anything up to their doctor.

It’s crucial to open up to someone when you’re feeling depressed, especially as a man. Talking to a family member or friend is a great start. Seeking professional support can prevent you from turning toward dangerous coping mechanisms.

A therapist can not only help you learn the underlying cause(s) of your depression, but you can learn more about ways to cope with your symptoms on your own. Some healthy coping mechanisms include:

If you’re a man struggling with any symptoms of depression, you don’t have to wait for relief. The narrative surrounding male depression is changing, but may feel glacial in the movement.  But for you personally, it could move more quickly if you are willing to step into your feelings with an openness for change. Think about how your perspective might evolve by just taking the step toward a better understanding of your depression and the possibilities for re-engagement in the here and now and in your future.

I have confidence in working with male depression and in helping you to find your best self again.  Seeking help when you are struggling to maintain your self-confidence and sense of control is an intelligent choice, not weakness, but True Grit.  Contact me to begin your recovery and gain strategies for standing tall again. 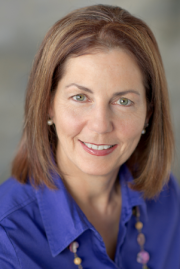